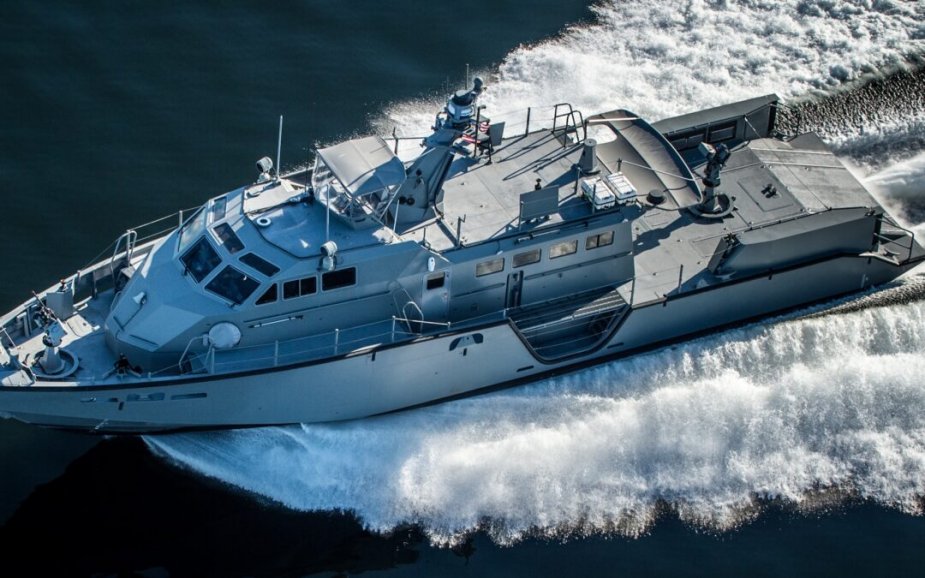 According to information published by the U.S. government on June 24, 2022, the U.S. DoD announces the authorization of a Presidential Drawdown of security assistance valued at up to $450 million to meet critical needs for Ukraine’s fight. Capabilities in this package include 18 coastal and riverine patrol boats, which could be Mark VI.
Follow Navy Recognition on Google News at this link

The Mark VI is a class of patrol boat in service with the United States Navy, designed to patrol riverine and littoral waters. The first two Mark VI boats were delivered to Coastal Riverine Group TWO in September 2015.

The Mark VI is 84.8 ft (25.8 m) long, significantly longer than previous classes of Navy patrol boats. It has a crew of 10 sailors and can carry 8 additional personnel.

The interior is spacious, with berthing for the crew and shock-absorbing seats for other occupants; the seats and sound-deadening berthing spaces and galley allow the crew to operate in relatively high sea states while attenuating crew fatigue and risk of injury.

The boats are fully networked with a command, control, communication and computing, surveillance and intelligence (C4SI) suite for enhanced situational awareness, survivability, and multi-mission support which includes flat-screen monitors mounted throughout the ship. Payloads can be configured to fulfill missions ranging from mine-hunting to defending against swarm boat attacks.

The Mark VI is equipped with the MK50 Gun Weapon System (GWS), a shipboard version of the vehicle-mounted M153 CROWS remote turret that enables crewmen to use its camera and gun from the operator's station below deck.

Jun 27 2022
The project seeks software and applications to enhance the intelligence community’s surveillance images. View original post Intelligence community researchers want to make it easier for operators, law enforcement, and rescue personnel to scope out difficult terrain before setting out on a mission, according to a new solicitation.  An Intelligence Advanced Research Projects Activit...Continue Reading

KEDA Voices: Could a slowdown in the economy actually help Kitsap right now?

Jun 27 2022
2022 is half over. Behind us sits a robust economy. In front, one that might be more tepid.    Joe Morrison, KEDA Executive Director for the Kitsap Sun According to a recent Washington Post article, consumer spending makes up more than two-thirds of the U.S. economy. Recent analyses in the piece by bot...Continue Reading